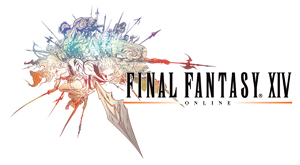 On Septemer 1st the open beta of Square Enix’s new MMORPG, FINAL FANTASY XIV Online was launched. I’ve been playing its predecessor since December 2003, although nowadays my presence is limited to doing the “missions” (quests that advance the main storyline). Of course I was interested in the “new MMO” in the works at Square since it was mentioned in 2006. When the official release was announced, I preordered the so-called Limited Collector’s Edition (it comes with nice items inside, along with an in-game item). I also hoped to get accepted for the closed alpha and beta test phases.

Unfortunately that did not happen, but I managed to get into the so-called “open beta” (quotes are there because you are required to register and obtain a code from Square Enix). I took the opportunity to install the client and start playing. Notice: I won’t say “it rocks” or “it sucks”, because given the secretive nature of Square Enix on even the most insignificant details, the open beta clearly misses something that will be present at retail, so making judgments (at least on content) is pretty much useless.

I wanted to create a character that resembled most the current one I’m using in FFXI, and this is what I came up with:

The results are pretty close, however I didn’t pick the town I wanted to (Ul’dah) nor I chose the right name (kept under wraps): those will have to wait till retail. I can’t say too much about the game itself yet, as I’ve been playing little, but I noticed that part of the lag is being experienced is likely client side issues (because on another, less powerful machine I tested it on I saw that the slowness was so great that stuff like party invites were not being received).

In any case, I’m having fun, especially in party. Although the most complaint is “there isn’t anything to do”, with my relaxed schedule there’s plenty to do, including questing, crafting, and guildleves.

As I’m getting this game at launch, I created this new category in the blog to tell about my (future) tales.

« What this might ever be?
Archive
PyKDE4: Tag and annotate files using Nepomuk »