The 4.10 release for the KDE Development Platform, Workspaces and Applications is drawing nigh… as you may have read, there is now an additional release candidate in order to test some last-minute changes.

Of course, the KDE developers can only do so much: it’s impossible to test all possible combinations. That is, unless the community at large helps by finding and reporting issues the developers can fix. But doing so requires a 4.10 install. You can of course use packages from distributions, but you may not feel comfortable installing a prerelease on your system (and no one would blame you for that). Of course, if you had something to test without touching your own system…

And that’s exactly what you can do now. Alin and shumski from the openSUSE KDE team have generated live images (based on openSUSE 12.2) for USB and DVD offering a standard 4.10 install, which should provide enough to try the new release and be able to report bugs to the developers.

Some screenshots for the impatient: 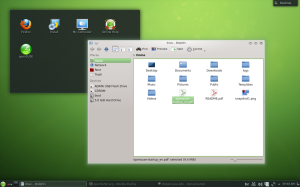 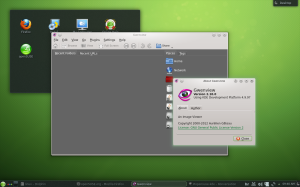 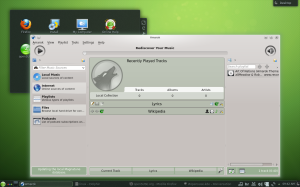 And of course, the  download links (EDIT: now fixed for good!):

It’s more than 650 Mb, so it won’t fit on a CD, but it will on an USB stick. Follow these instructions to install them to USB media. You can also burn these images to DVD.

If you decide to use it, don’t forget to test (see here what’s needed) and submit detailed bug reports to the developers.