A few days ago I finished watching Mai-Otome. The series itself was somewhat old (started in October 2005 and finished on 30th March 2006), but I got around to watch it only recently. I can say I’m satisfied with the overall result: overall Sunrise managed to create a better series than its sister, Mai-HiME.

The first half of the series deals mostly with character development and the action is somewhat lacking. It doesn’t detract from the experience, however. Starting from episode 16, the best part of the series comes into play as drama and action unfold pretty strongly. As far as I could see, there were no big plot holes (though I never understood well who is actually Arika’s grandmother, or where does Miyu come from) and the animation quality was pretty constant (but again, we’re talking about Sunrise) The ending is also somewhat satisfactory, which is really a rarity among anime.

Recommended to anyone interested. It provides hours of enjoyment. And since this entry is the first of the new year, happy 2007 to everyone. 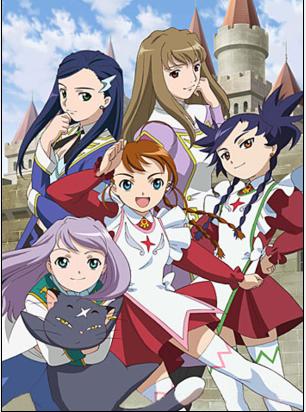